Half of Europe buys guitars, recorders and pianos from Lozorno, Slovakia 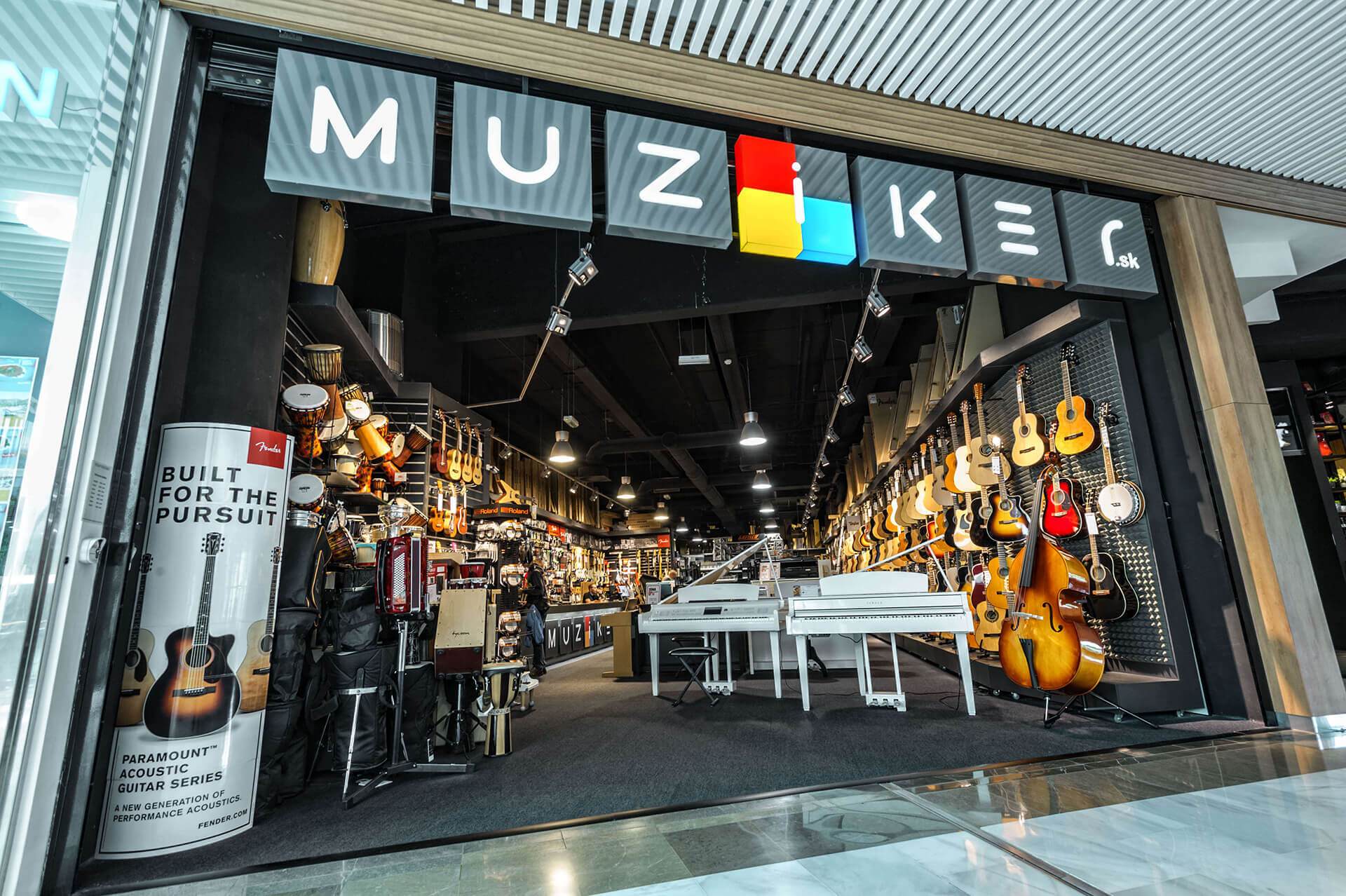 Do you know how many guitar picks are sold in the Czech Republic every year? String sets? Guitars? We do, because one of our customers is a leading vendor of musical instruments.

Muziker is number one in Slovakia and number two in the Czech Republic for everything and anything a person might need to make music, ranging from expensive pianos to electric and acoustic guitars and percussion instruments as well as a large variety of accessories and electronic devices. 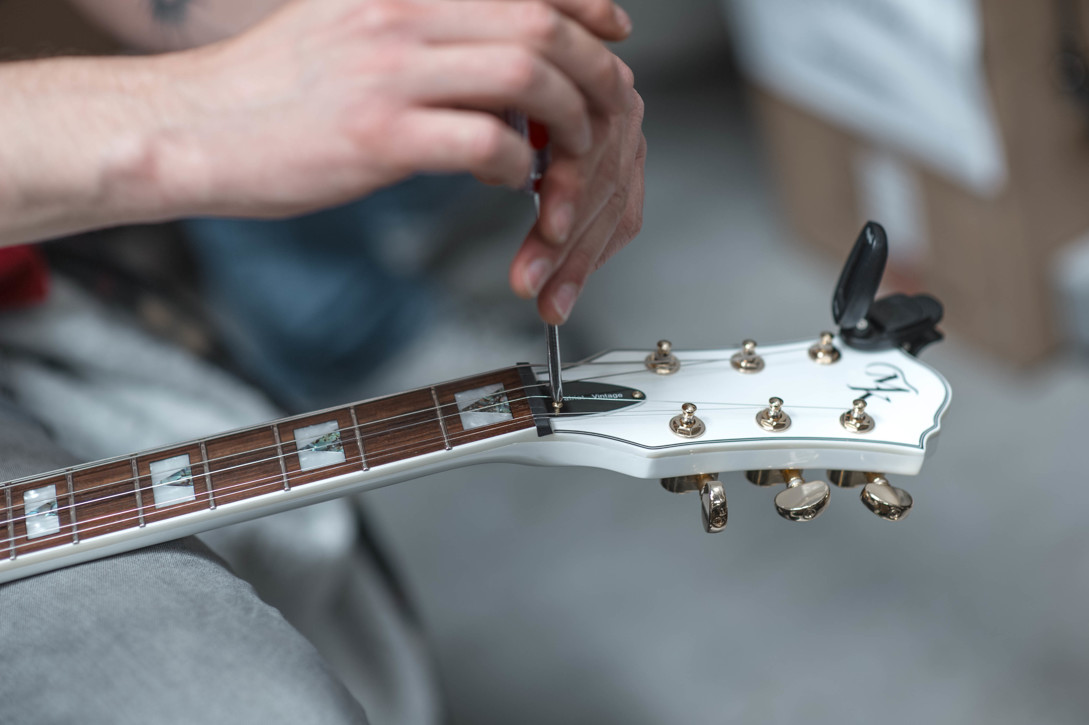 The company's story began at the end of the 1990s when two friends decided to try their luck in business. One of them, Peter Váchalek, was a musician and had previous experience of selling instruments. This provided a direction for the fledgling enterprise.

Today, only one of the founding partners, Dušan Karlík, is still with the company; his counterpart has left to pursue other interests. As is often the case, things were difficult at the beginning; the first store was located in a dark, damp cellar in Bratislava. "We didn't mind. We were finding out that many of our friends were interested in musical instruments but didn't know where to buy them. Back then supply didn't exceed demand to the same extent as it does today. On the contrary, it was difficult to keep up with demand," says Karlík in describing Muziker's early days.

A breakthrough came in 1999, when Muziker became the exclusive distributor of Yamaha products in Slovakia. The deal provided important momentum, significantly accelerating the tempo at which the company was growing. "Even though that period didn't last very long, just until Yamaha changed its policy and ended our arrangement in 2004, it was very important for us," explains Muziker Head of Sales Džemail Suvodolac. "And, all in all, even the decision to end the contract helped us move ahead because it made us realise that we couldn’t rely on just one brand. We started selling other products, particularly those made in China, which offered solid quality at a reasonable price. There weren't many of those here at that time." 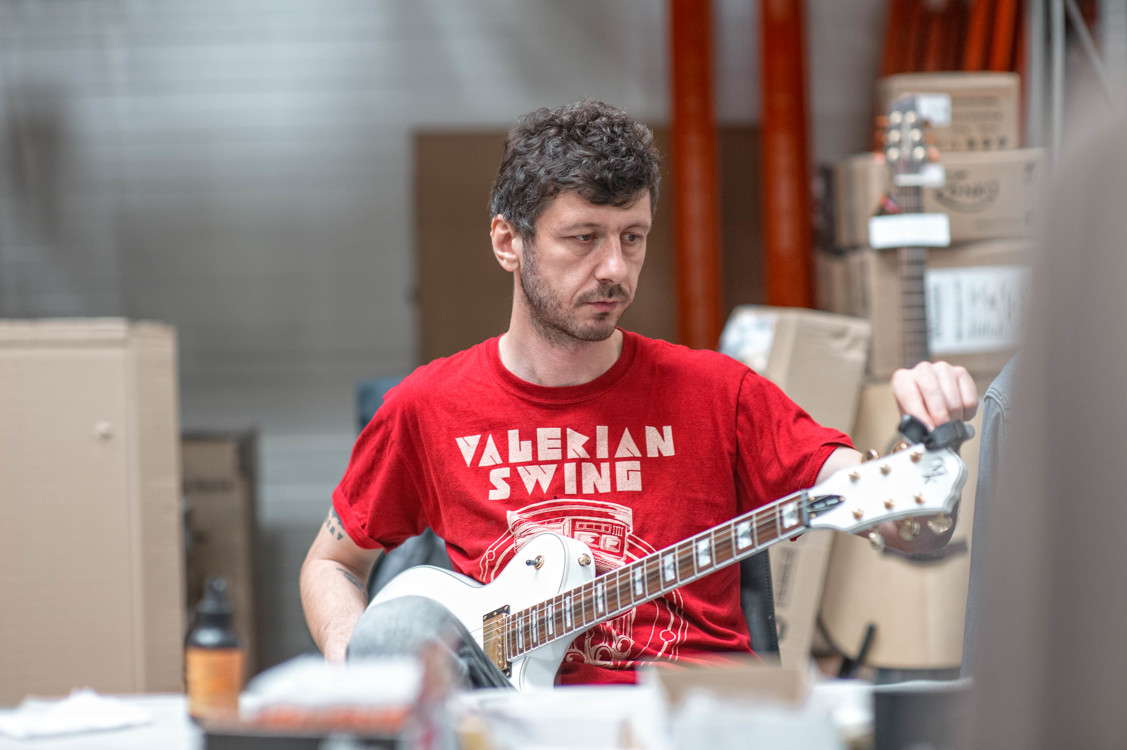 As the company grew, it moved to downtown Bratislava and in 2001, Muziker opened the first store in a shopping mall. That has been Muziker's concept until today – most of the company's stores are located in shopping centres. Muziker is currently doing business in 12 European countries; it has three stores in Slovakia and five in the Czech Republic (and a sixth outlet will open later this year).

Another leap forward came about in 2004, when the company entered the online world. Initially, the Muziker e-shop was only available in Slovakia, but later, it also began serving customers in the Czech Republic, Hungary, and other European countries. "The best lesson for us was entering the German online market because customers there are unbelievably demanding and require perfect service. The response, however, has been very favourable; the vast majority of people who use our e-shop are satisfied," says Suvodolac. 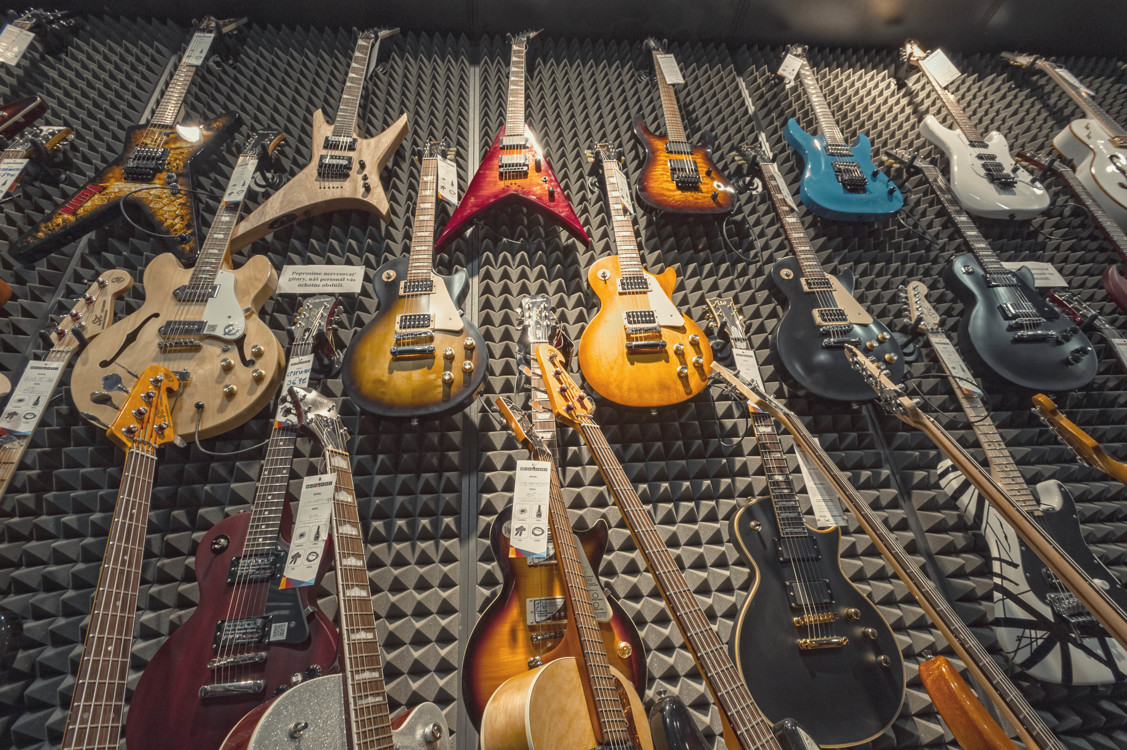 Slowly but surely, the company's Bratislava warehouse became inadequate. There were laughable incidents, including one occasion when a truck carrying a consignment of guitars, drums and other instruments was just too big to pass through the entrance gate.

"We needed to grow, but it was impossible at that facility. So, we knew that the next stop would be a logistics complex," recollects Suvodolac. In the summer of 2010, Muziker decided to move to the P3 Bratislava park near Lozorno. "Our business stands or falls on the efficiency of our warehouse space. Well-managed logistics processes are vitally important for us – sales and marketing can be run from small offices, but guitars and pianos take up a lot of space. They are difficult to transport and store." 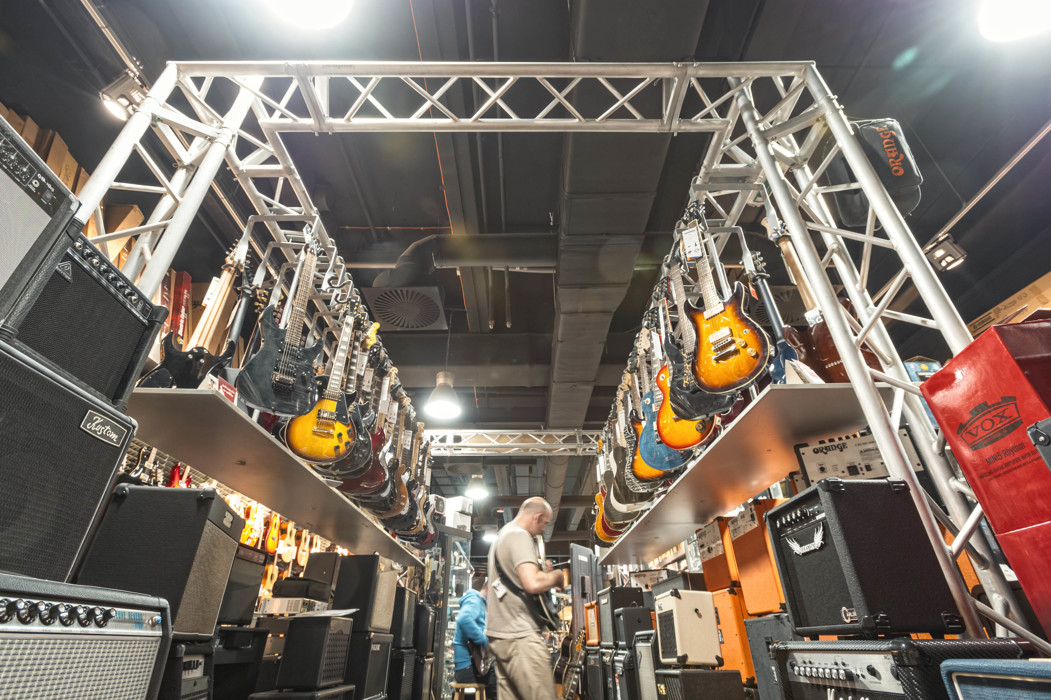 P3 Bratislava is a great choice for Muziker thanks to its location near the Czech, Austrian, and Hungarian borders. In addition, it is easily accessible by all types of vehicles. "We have been very happy here for the past six years. We arrived in the summer of 2010 to take over a relatively small facility; we weren’t even sure whether P3 would lease us what seemed to be a negligible part of their warehouse portfolio. Everything worked out, however, and today, we occupy a much larger area. 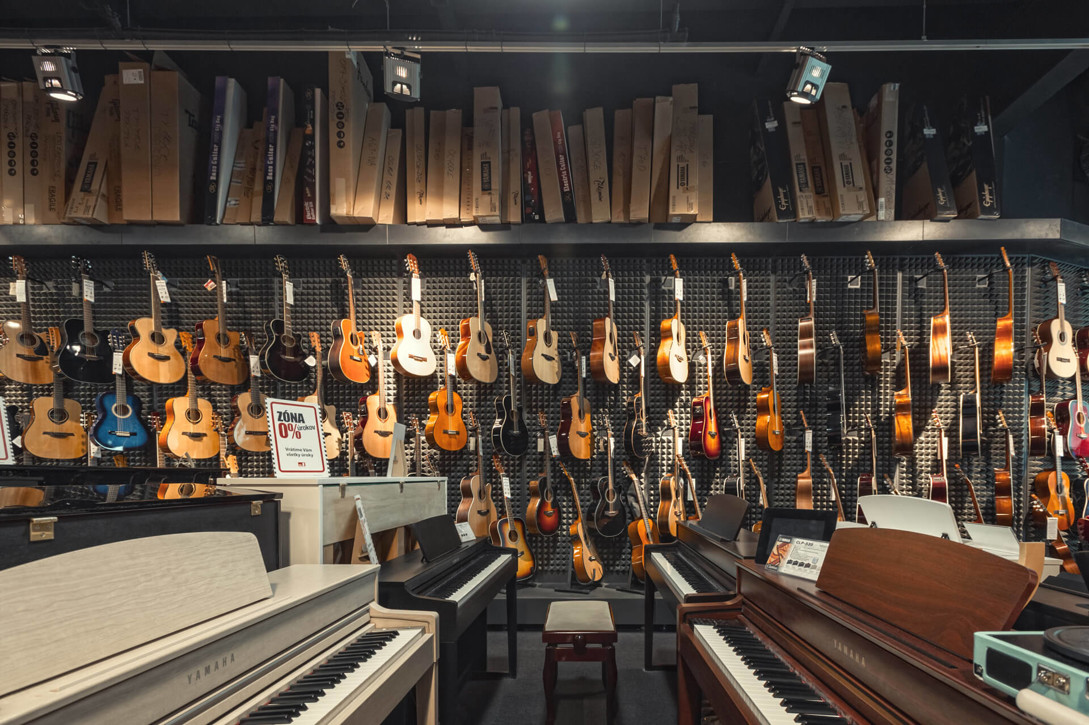 “P3 takes care of all our needs; the warehouse has sufficient clearance and features excellent amenities. In short, it is a professional facility that fully suits the needs of our business. As a result, we are a loyal tenant; we have no intention of moving and want to stay here," explains Suvodolac, adding that another factor Muziker appreciates is the option to grow, as the company increases its warehouse space by a third approximately every three years. At present, Muziker occupies 3,000 m2 at the P3 park.

Muziker plans to expand to other European markets. The company is now targeting Great Britain and Ireland and its long-term goal is to serve the entire European Union. With some 100 employees, Muziker recorded €17 million in revenues last year. Its customers include people who are buying their first instrument, those who visit a shopping mall with no intention to purchase music-making equipment as well seasoned professionals and connoisseurs who come to get top-quality gear. Needless to say, Muziker stores are frequented by numerous celebrities, such as Ivan Tásler from IMT Smile, Richard Müller and Peter Nagy.

And, if you're wondering about the number of guitars, string sets, and picks Muziker sells, as mentioned at the start of this piece, the answer is 20,000 guitars go to a new home every year. The five most popular instruments also include electric pianos and recorders. Every year, Muziker sells 100,000 string sets; about 63,000 packs are kept in stock at any given time.

And, guitar picks sell like hotcakes: 200,000 pass through the door every year!

P3 Logistic Parks strengthens position in Central and Mediterranean corridor with the acquisition of a 112,000 m² Spanish logistics portfolio for ~€108 million