A kingdom of pallets for MD Logistika 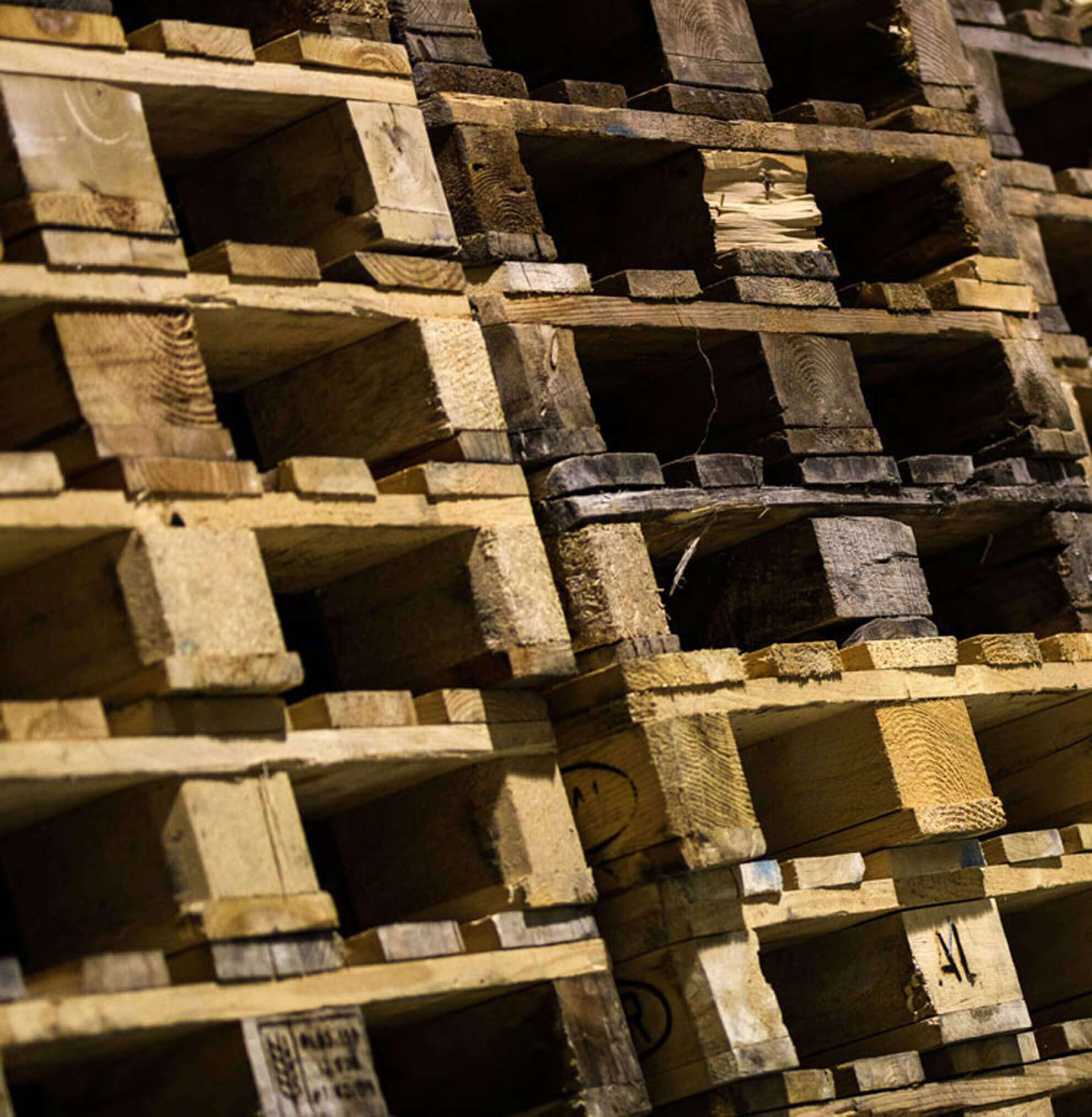 Do you know what the most expensive area in a warehouse is? Or how milk can be used for heating? Here’s the story of a company that started in an old freezing plant but has become one of the Czech Republic’s storage and logistics market leaders.

At the start it was Mrazírny Dašice; at the end it’s MD logistika, one of P3’s most important customers. The company specialises in storing and delivering frozen goods, but it does much more: dry and cooled stuff, cosmetics and toiletries, pet food and electrical items from hair dryers to kettles. In short, everything you might find on the shelves of a supermarket. 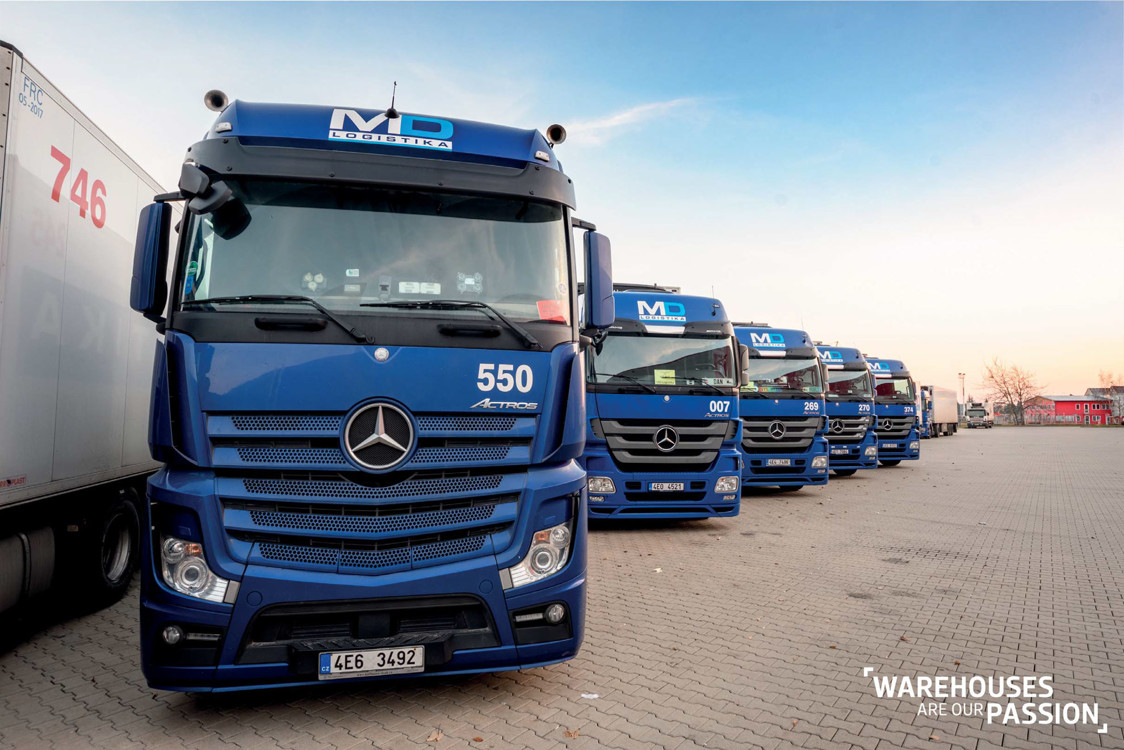 It all started in the 1970s in Dašice near Pardubice in Eastern Bohemia in a facility built to store the national raw material emergency reserves, which included a frozen storage area. After the Velvet Revolution (1989), a company called Mrazírny Dašice was created to operate the storage facility on a commercial basis – only to find itself on the brink of bankruptcy 10 years later. A couple of investors saved the firm in 2000, and in 2002 two shareholders — one of whom still owns it today — buy the joint-stock company. Having no experience whatsoever, they are smart enough to hire seasoned managers and get down to reviving the comatose business.

In 2005, the company takes on more activities and changes its name to MD (the first two letters of the former name) logistika (logistics). MD logistika decides to focus on frozen and cooled goods. Its first truck is bought and sales reach some CZK 250 million.

An important milestone comes in 2008 when MD logistika first sets foot outside the Pardubice region. It wins the tender for storage and logistic services for the Spar retail chain. Spar has one condition: provide a warehouse in Horní Počernice. 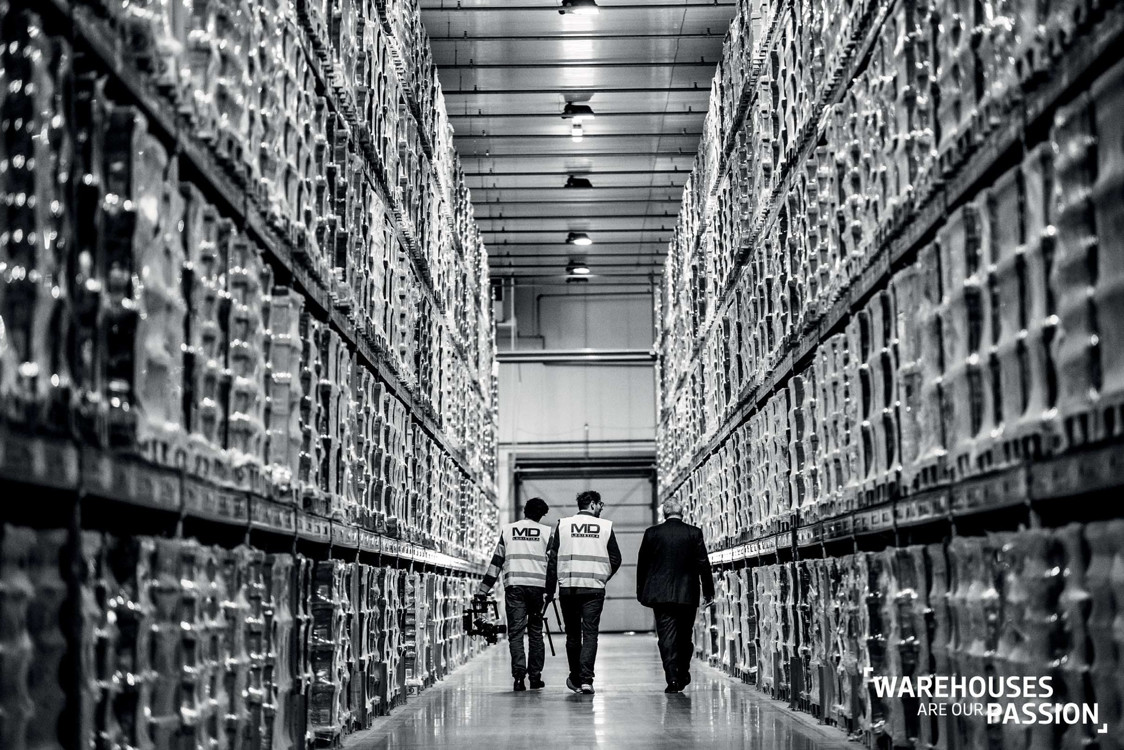 So, a new warehouse was built for the company at what is now P3 Prague Horní Počernice park. The specifications for the building were quite unusual back then: 40,000 m2 and 12 metres clearance height. One of Spar’s requirements was to have several different temperature sections including cooled storage area.

Services for Spar kick off in 2009 and sales rocketed dramatically: up to CZK 622 million. Transport grows, too, and the company buys its first 25 heavy trucks. 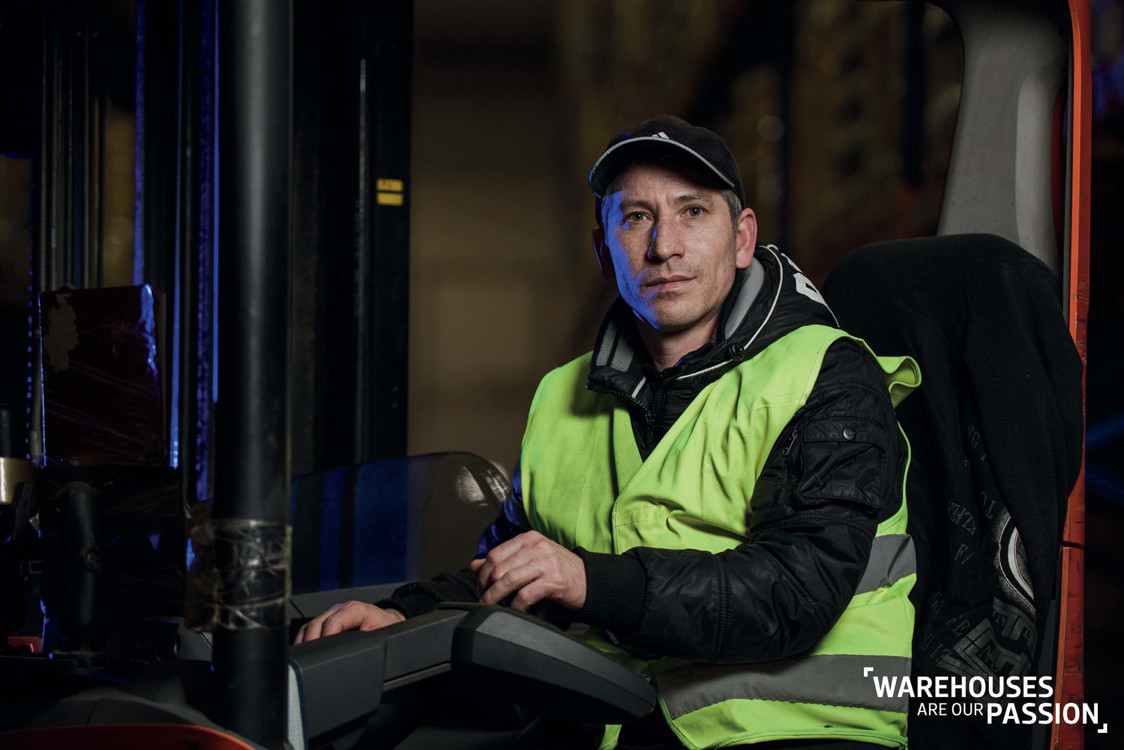 A year later the number of trucks increases to 70 and the company realises it’s unwise to rely on just one customer. So, it starts building a network of other clients — at first businesses linked to Spar; and then, big names like Kaufland, Billa, Makro, Globus and Penny joint the list. 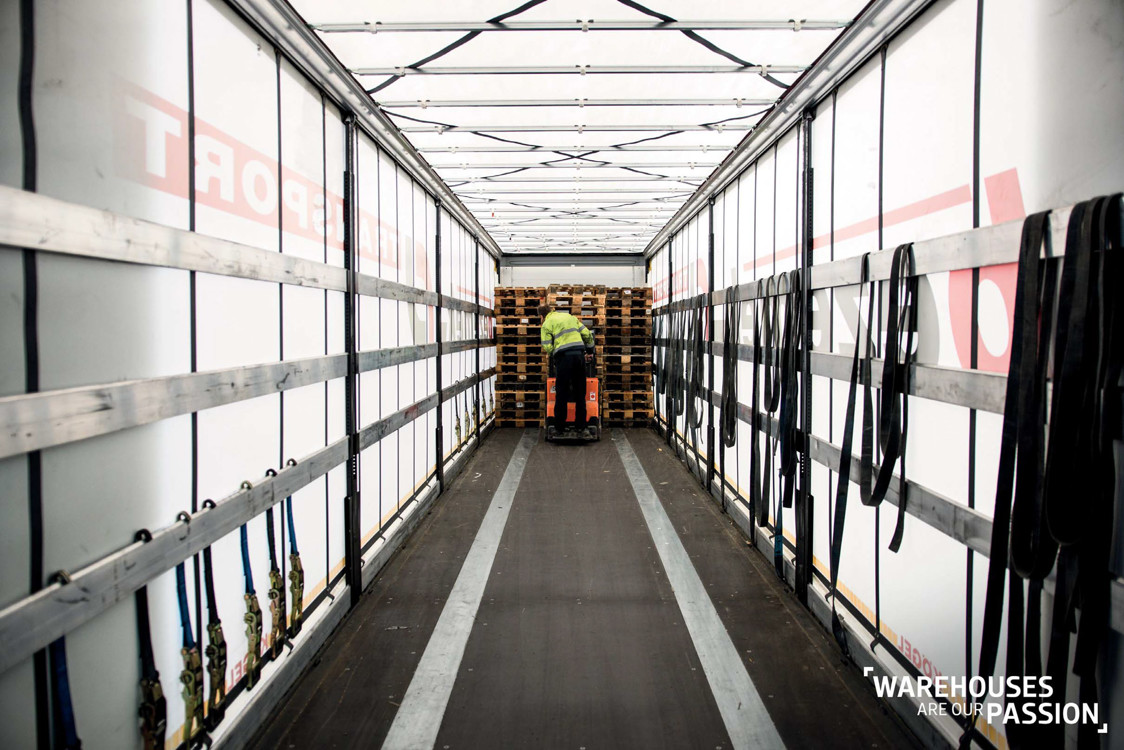 In 2012, turnover reaches CZK 700 million and MD logistika undertakes a massive rebuild of its warehouse in Dašice, primarily updating the cooling and freezing technology. "We built walls on our loading platforms so that the goods weren’t affected by rain and sun during loading and unloading. There were quite a few old parts from 1970s left in the engine room after the reconstruction, including pumps and compressors. We are renovating them one by one to ensure their full functionality," says CEO Robert Kuchar.

“THERE WERE QUITE A FEW OLD PARTS FROM 1970S LEFT IN THE ENGINE ROOM AFTER THE RECONSTRUCTION, INCLUDING PUMPS AND COMPRESSORS. AND THEY STILL WORK! IT’S A PROOF OF THE QUALITY OUR PREDECESSORS DELIVERED,” 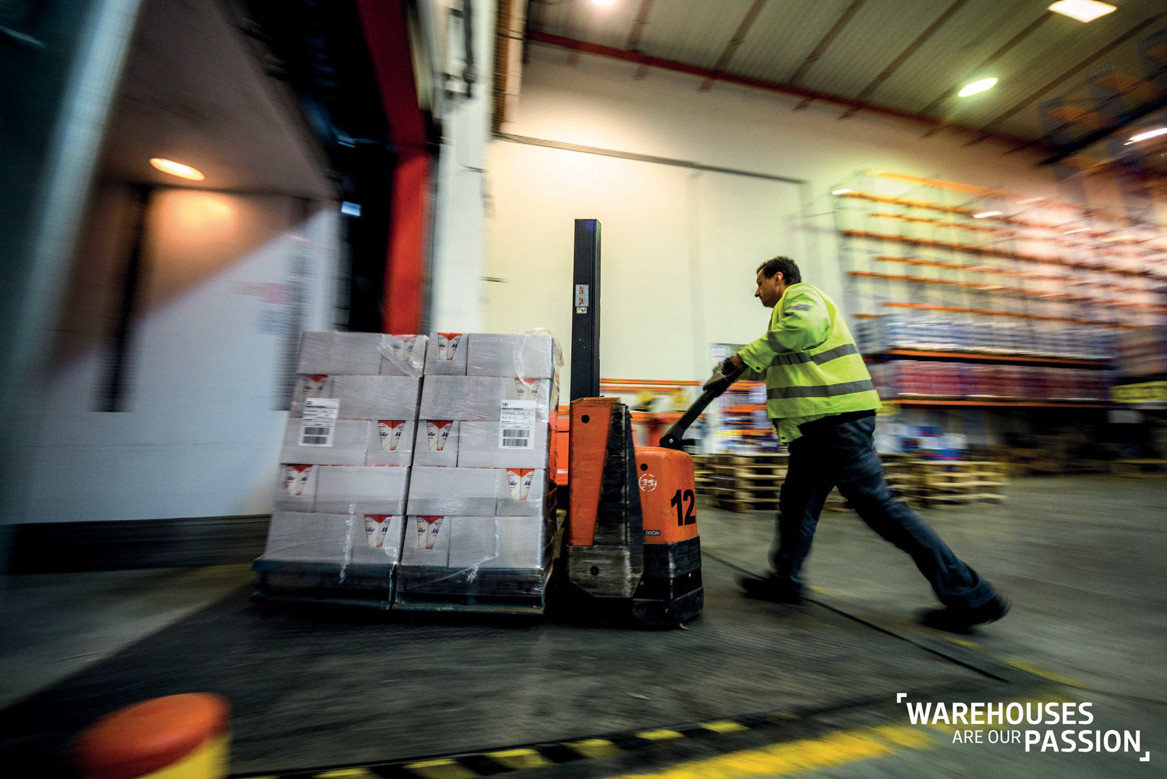 The growth continues and in 2014, MD logistika makes its biggest purchase of heavy trucks in one year (a total of 33), bringing its overall fleet to 150. It also starts transporting commodities.

However, bad news is on the way. Spar decides to withdraw from the Czech market. "We had quite a bit of thinking to do. One of the options was to leave the warehouse in Horní Počernice and go back to being a regional player, or we could stay and try to find other clients. We opted for the latter and it worked out for us; and we’re still here," says Kuchar. MD logistika made a deal with Ahold, which took over Spar’s shops, and started to work for them. 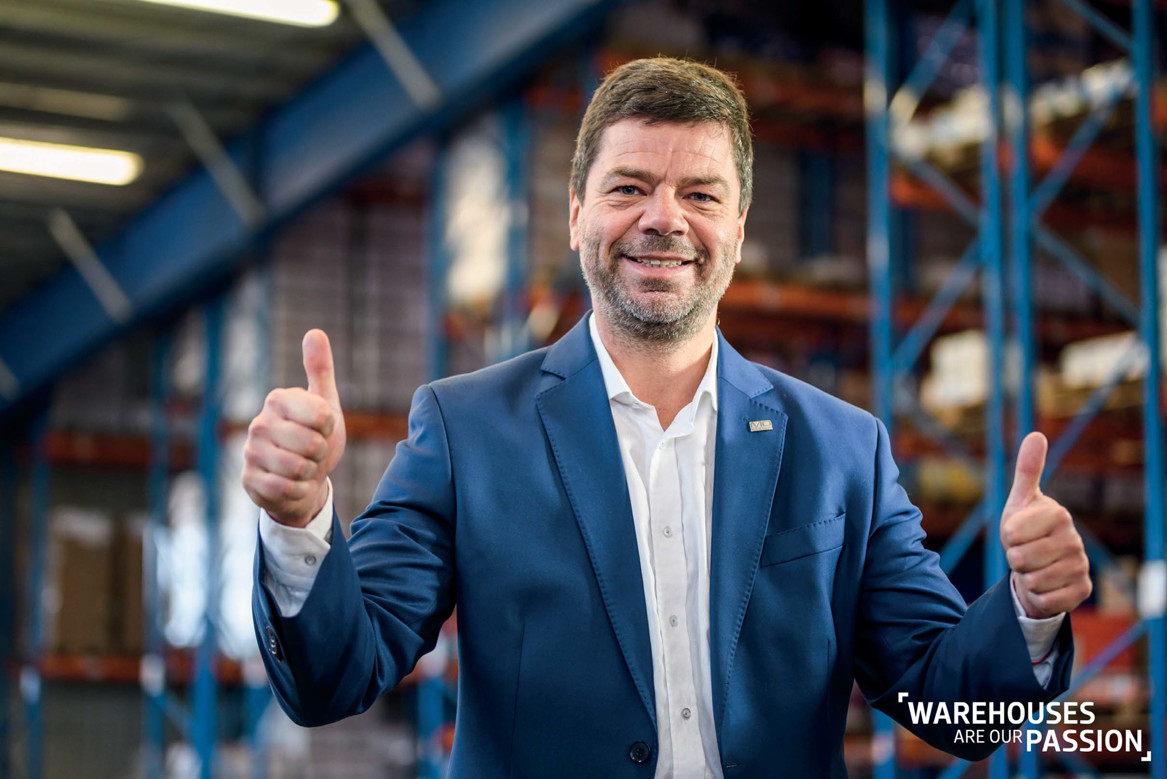 P3 came on the scene in 2014, when we purchased what is now P3 Prague Horní Počernice park. "We really welcomed the change of owners. We’d been encountering communication problems with our previous landlords; there’d been loads of unfinished items and the relationship was not at all transparent, there were no clear rules. What a change it was. From the outset P3 seemed customer-oriented and very professional — and this proved to be true. We enjoyed being taken care of as one of their biggest customers; this was something we’d been missing," explains Kuchar.

"We’re a logistics company and flexibility is key for us. We have obligations to our customers and if electricity goes out and no one responds for two hours, it’s an immense problem. This is really essential. Working with P3, we’ve agreed on processes, procedures and an emergency plan. And, our cooperation works: both companies know what they are doing and can come to an agreement on how to get a problem resolved," Filip Žiačik, MD logistika’s Chief Operating Officer adds.

Today, MD logistika employs over 300 people and another 200 external contractors. Every day, the company delivers goods to 500 locations across the country; that’s some 200 to 250 trucks daily. It stores almost 8,000 cooled pallets in the P3 Prague Horní Počernice warehouse along with up to 60,000 pallets of dry goods. The company’s turnover exceeded CZK 900 million last year (2016). 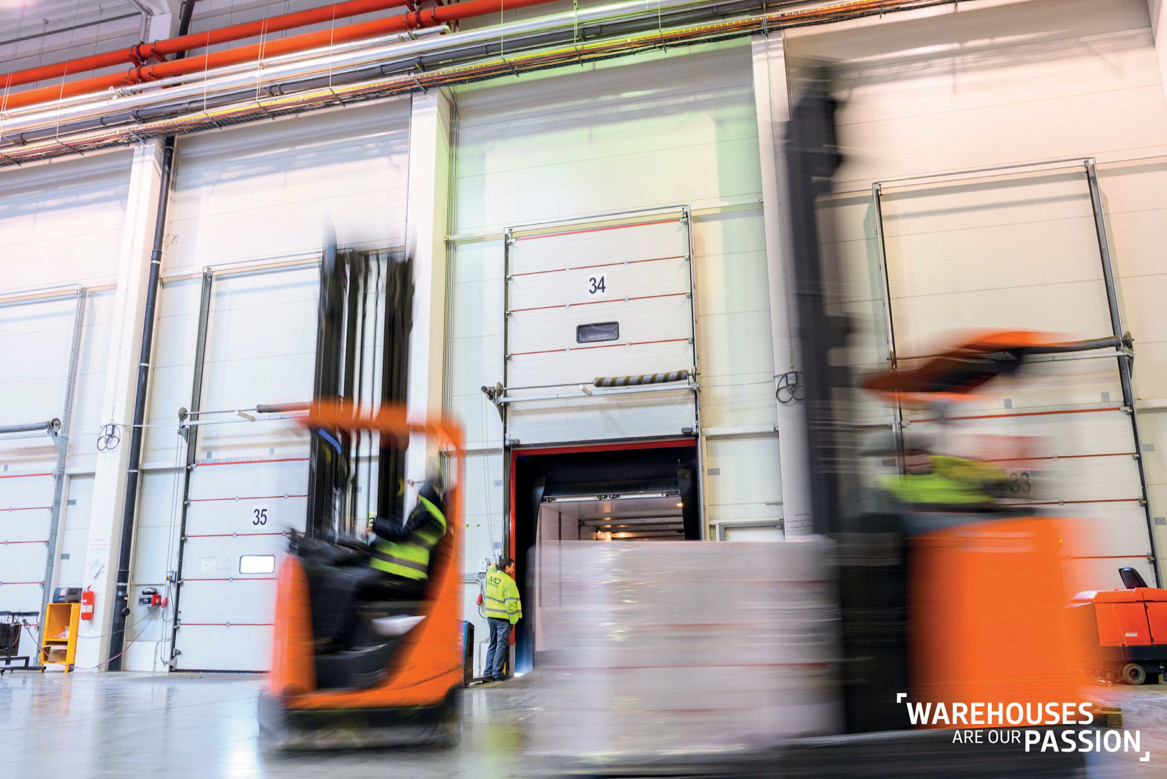 And how about the most expensive space in the storage facility and the milk that can heat? Let’s let the director of the warehouse in Dašice, Robert Dostál, explain: "The most expensive part of our Dašice facility is the frozen sector where the temperature varies between minus 22oC and minus 26oC. That’s why there are very narrow aisles; we have to save space. While in a normal warehouse a forklift can make a u-turn, here there are just a couple of centimetres left on each side. Which is why our machines are custom-made with the forks only turning left and right. And, of course, they’re made to endure such low temperatures."

And the milk? "Dairies are our customers, too. When truck after truck keep of fresh milk is brought in here, the heat accumulated in milk warms the warehouse up. Even when it’s chilly outside, inside it’s cosy."

From Providers to Partners: A Logistics Paradigm Shift?